What To Do If Your Car's Hydraulic Engine Mounts Are Failing

What To Do If Your Car's Hydraulic Engine Mounts Are Failing

You may not give much thought to your car's engine mounts, but they are some of its most vital components. These simple devices are what keep your vehicle's engine block and transmission box firmly in place and fixed to the car's subframe, and they are constructed with durability and longevity in mind.

However, engine mounts are still vulnerable to wear and tear, and they can cause some pretty alarming problems when they fail. Many modern luxury vehicles eschew simple, solid rubber mounts in favour of hydraulic engine mounts. These high-end engine mounts provide significantly more stability than conventional mounts, but their increased complexity can make diagnosing and repairing a damaged hydraulic engine mount more challenging.

Why do hydraulic engine mounts fail?

Most hydraulic engine mounts contain a reservoir of hydraulic fluid, which is contained within a casing made out of flexible rubber joined to rigid metal. If the metal components of your engine mounts are made of steel, they may be vulnerable to corrosion as they age, but you are more likely to encounter problems with the rubber portion of the mount. This rubber tends to perish and become brittle after many years of use, and it may start to leak hydraulic fluid or separate from the metal portions of the mount.

How can I tell if one of the hydraulic engine mounts in my vehicle has failed?

Hydraulic engine mounts are particularly widely used in luxury vehicles because they are excellent at absorbing engine vibrations, creating a smoother, quieter ride at cruising speeds. If your mounts are starting to fail, a rougher ride and noticeable vibrations are usually early warning signs.

A working set of engine mounts also prevents the engine from shifting around in the engine bay as you accelerate, brake and take turns. If one of your hydraulic engine mounts has failed, you may start to hear alarming thudding and clunking noises coming from under the bonnet as the unsupported part of the engine block collides with portions of the subframe or other engine bay components.

In cases of multiple hydraulic engine mount failure, the vehicle's weight may start to noticeably shift as you maneuver. This is caused by the engine block moving under its own weight, and it can be dangerous if it affects the way your vehicle handles significantly. Engine mount problems this serious are rare, but you may encounter them in older luxury vehicles or in smaller vehicles with less than three mounts.

What should I do if my hydraulic engine mounts are failing?

If you have a strong car jack or engine hoist in your home garage, you may be able to replace a single damaged engine mount yourself relatively easily. However, when one engine mount fails, the others usually aren't far behind, and replacing multiple engine mounts can be both difficult and dangerous for amateur mechanics. The consequences of making a mistake can also be expensive -- an engine block slipping just a few inches out of alignment can crimp or sever your vehicle's radiator hoses and air conditioner fluid lines.

Consequently, it is always best to go to a professional car repair service if your car's hydraulic engine mounts are in need of attention. Choosing a service that specialises in repairing your make of car will ensure that repairs are swift, successful and reliable.

To learn more, contact an auto shop that offers services such as Mercedes car repairs. 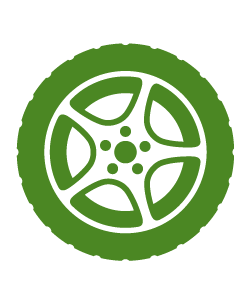